Smoke advisories were extended through Saturday for the 29,365-acre Lake Fire burning near Lake Hughes, but some residents were able to return home following repopulation efforts in the northeast part of Lake Hughes.

On Friday evening and Saturday morning, winds were expected to push smoke east toward the San Gabriel Mountains and San Bernardino Mountains, as well as south and southeast toward Santa Clarita and the San Fernando Valley, according to the South Coast Air Quality Management District.

Saturday afternoon, experts warned that smoke would likely blow northeast and out of the South Coast Air Basin. 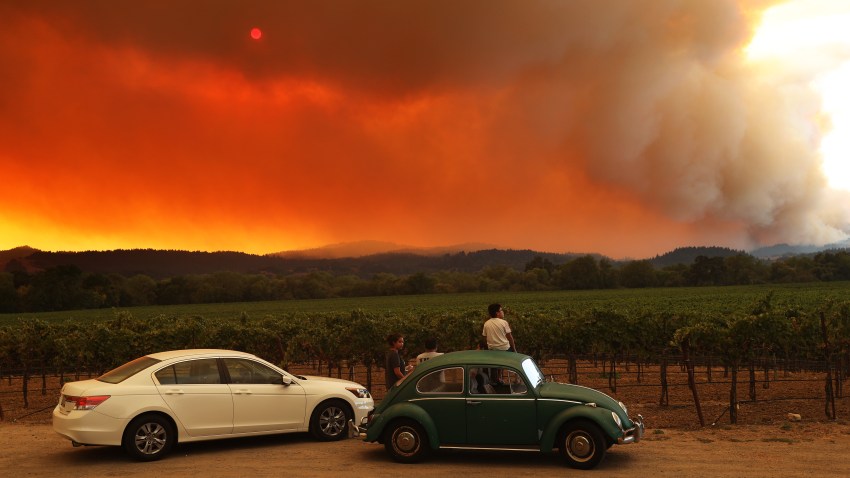 Wildfires Map and Updates: Where Fires Are Burning in California 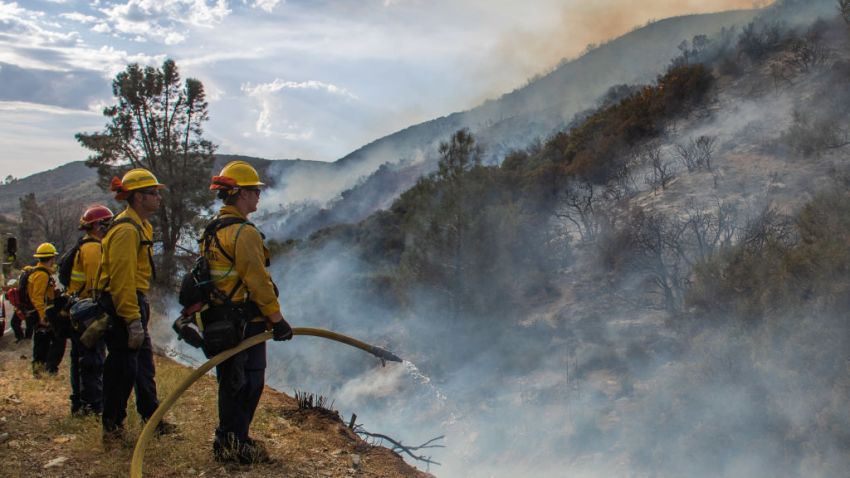 Residents east of Shafer Road, west of Mountain View Road, south of Highway 138, and north of Pine Canyon Road/Elizabeth Lake Road were able to return to their homes beginning at 10 a.m. Friday, according to an official with the U.S. Forest Service.

“Due to the hard work and effort of the multi-agency firefighting crews, the northeast area of Lake Hughes has been determined to be safe for return and repopulation,” the official said.

Repopulation will not go into effect for residents who live east of Old Ridge Route, west of Shafer Road, south of Highway 138, north of Pine Canyon Road/Elizabeth Lake Road, and on Lake Hughes Road south of Deeswood Drive and north of Dry Gulch Road.

The blaze, which is burning west of Palmdale, was 52% contained Friday evening, the same figure as Thursday night. The fire has been burning since Aug. 12 in steep and rugged terrain and fueled by bone-dry vegetation and drought-stressed trees.

Full containment is not expected until Sept. 2.

Nearly 1,800 personnel battled the blaze Friday, according to an official with the U.S. Forest Service.

Since it began on Aug. 12, the fire has destroyed 12 structures and 21 outbuildings, damaged six structures and threatens 1,329 others, according to the Los Angeles County Fire Department.

One firefighter suffered a minor injury, but details were not disclosed.

The left flank of the fire in the area of Sawmill Mountain, Burnt Peak and Little Burnt Peak is presenting the most challenging fire behavior, the department said, adding containment along Pine Mountain Road continues to be threatened by spot fires.

The fire was first reported about 3:30 p.m. Aug. 12 near North Lake Hughes Road and Pine Canyon Road in the Angeles National Forest, according to the U. S. Forest Service, which was battling the blaze with the Los Angeles County Fire Department and assistance from other area departments.

“There have been areas of this fire that have not burned in decades, (and) it’s in inaccessible terrain, which has added to the complexity of the fire,” said Los Angeles County Fire Department Chief Daryl Osby.

The U.S. Forest Service, LACFD, Los Angeles County Sheriff’s Department, California Highway Patrol and many other cooperating agencies were working together to battle the fire, with the Incident Command Post located in the Castaic Lake Recreation Area.

Castaic Lake remains closed to public access until further notice. Fire personnel are using the lake and surrounding areas as a base camp.

The cause of the fire remains under investigation.

“Own the moment”, AdaTimeStamp launches a new NFT that makes time tradeable