At least five fires burning in San Mateo and Santa Cruz counties have scorched at least 57,000 acres and prompted evacuation orders for more than 77,000 people, according to Cal Fire.

You can view a Cal Fire map of current incidents here.

The fires, which are collectively referred to as the CZU August Lightning Complex, started Monday night, Cal Fire reported. They have damaged or destroyed 97 structures and threaten 24,323 more.

As of Friday evening, the flames were 2% contained. 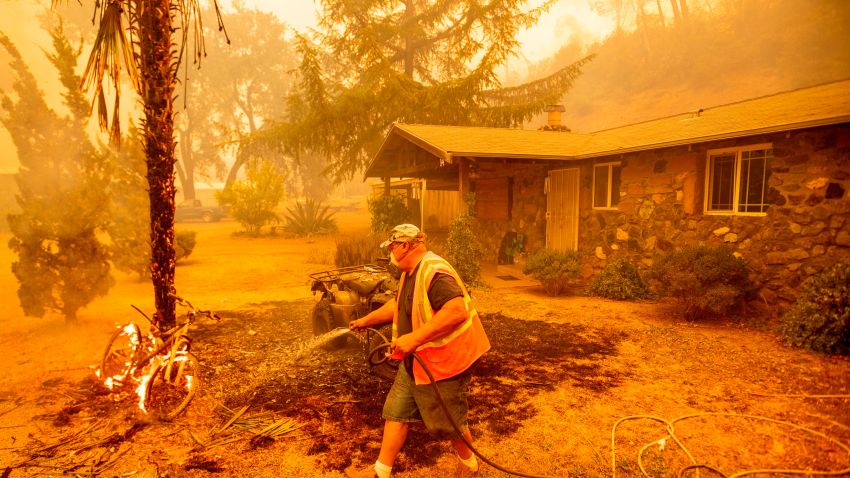 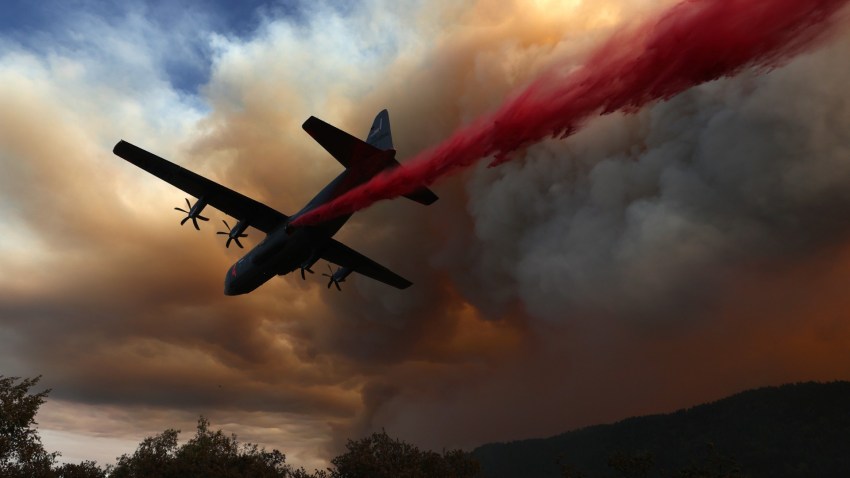 More than 350 firefighters are working to stop the spread as San Mateo Sheriff’s deputies went door to door evacuating several communities. Three out of the 350 firefighters were transported to a local hospital with injuries, but are expected to be OK.

Cal Fire urged people to not enter the evacuation zones as it takes firefighters away from battling the blaze.

In Boulder Breek on Friday, resident Eric Sharping is one of the last holdouts. He set up his lawn sprinkler to continuously soak his home, as well as his neighbor’s house.

“We’ve been for the last three days watching the sky and looking for embers,” Sharping said.

Firefighters from many different agencies have been trying to stop the progress of the oncoming flames, but hot spots continue to pop up.

On Thursday night, three people who had not evacuated had to be rescued, fire officials said.

It potentially could be weeks before residents are allowed back to their homes, Cal Fire said.

The ongoing fires are something new to some residents of the area like Marianne Conner who said she never had to evacuate before.

Lisa Saum was camping in Butano State Park when other campers told her she had to evacuate.

“I took about an hour to pack everything up,” she said.

One big issue is that many homeowners couldn’t see the smoke. Trudy Heirst, who lives in Butano, only noticed when she went to town.

As the fires continue to grow, residents have been ordered to evacuate and consider going to a family member or friend’s house before making the decision to go to an evacuation center.

For some people, however, that’s not an option.

“I’m not going to no big center with a bunch of people,” a Scotts Valley resident said. “I’ll stay hanging out here at the parking lot in my car before doing that.”

Authorities tweeted road closures are in place at the following locations:

Animals have begun to be evacuated as well due to the fires. Here’s a breakdown by officials:

If you need assistance with your pets, you can contact the Peninsula Humane Society & SPCA.